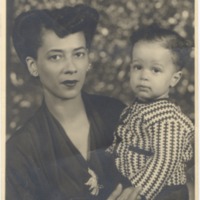 Raised the Rondo Way: An Exhibit 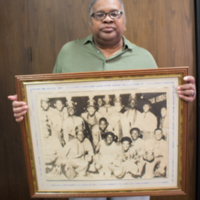 The values, struggles, successes, and character of the Rondo community are vividly expressed through the artifacts featured in the digital history database. The most popular narrative on Rondo is composed of stories of destruction, due to the construction of the I-94 freeway that divided St. Paul’s historic Black community. While this narrative is important, it often overpowers the vibrant cultures, businesses, personalities, and relationships that existed in the area prior to highway construction. The digital history database helps preserve some of these lesser-known narratives, and features objects from soup tureens to trumpets.

This exhibit will focus on the various forms of media and education that were present within the Rondo Community, and will explore the subcategories of music, newspaper publications, and both informal and formal education methods. Rondo residents remember their culturally rich neighborhood as a setting for art, literature, and music. While music was often rooted in the gospel sounds of the church, this exhibit explores music in other settings, and illustrates how it allowed people to come together.This exhbit also features newspaper publications, which not only illustrate events happening at the time, but also represent a more informal form of education that was present in the Rondo community. Lastly, in this exhibit, formal and informal education function as a window into the community cohesion of the Old Rondo neighborhood.  Indeed, the analysis of this exhibit reveals the ways in which schooling institutions promoted both the transference of knowledge and the management of social bonds for members of Old Rondo.  Despite the fact that the following analyses of media and education inhabit physically separate spaces within this exhibit, they are inextricably linked as venues through which residents of Old Rondo were able to build community and develop cultural practices.

Culture describes the practices, customs, languages, norms, beliefs, foods and many other contributing factors that together form the social fabric of a group of people. Communities are defined in many ways by their culture. Studying culture can reveal how the visible aspects of daily life highlight the values of the community in question. In the Rondo neighborhood, food, music, and spiritual life played a large role in the identity of the residents. The importance of these themes is evident through their ability to bring people together; meals were often communal enterprises, music brought talented individuals and fans into shared circles, and churches functioned as a center for social and religious life.  These cultural gatherings help deepen our understanding of the community.  Broadly speaking they impart the values that formed Old Rondo, but more specifically they help observers situate Rondo as a continuation of its historical and regional roots, and reveal many of the gender roles and dynamics present in the neighborhood.

Food, music, and spiritual life embodied the overall culture in Rondo that is captured in the artifacts. Food was an integral part of family culture as seen in beloved recipes and the cookware that the residents possessed. The presence of music in Rondo was depicted through the jazz collections that community members owned and the performing groups that would play around the neighborhood. The churches had both a large physical and personal presence. In a physical sense, there was never short of churches along the few blocks that composed Rondo. In a personal sense, the churches fostered a sense of community during Sundays and provided spiritual and recreational resources to enrich their members.  Though these three elements do not fully represent all of the cultural influences in Rondo, they sufficiently offer insight into the lives and lifestyles of Rondo residents.

Working to Disrupt the Narrative: Ownership and Occupation in Rondo 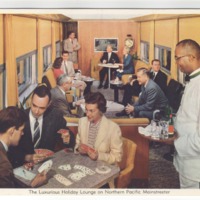 Stereotypes position Rondo as a ghetto and a slum, however artifacts showing “ownership and occupation” in the community disrupt these notions.  Within Rondo, ownership extended to both homes and businesses and individuals worked for themselves, for others in the community and for businesses in the greater Saint Paul area. Rondo was a vibrant, self-sufficient community full of business-owners, home-owners, and men with steady employment. Within the narrative put forth of Rondo, it is easy to forget the diversity of businesses and people that lived in the community. The Rondo community provided a place for black people in Saint Paul to own their own homes and start their own businesses. There was great respect within the community for those who had employment or owned their own businesses and homes. This respect arose in part because of the large obstacles placed in the way of African-Americans by segregated Saint Paul. Within “ownership and occupation,” the artifacts chosen for this exhibit emphasize jobs on the railroad, business-ownership, and home-ownership. The men who worked on the railroad had steady employment and an income that accorded them a significant level of respect and prestige within the community. In addition, Rondo was home to a number of diversified businesses that met the needs of community members. Home ownership allowed Rondo residents to live independently and have control over their own neighborhood. Railroad work, home-ownership and business-ownership provided Rondo residents with economic and social empowerment and incorporating them into the historical narrative disrupts notions of Rondo as a slum.