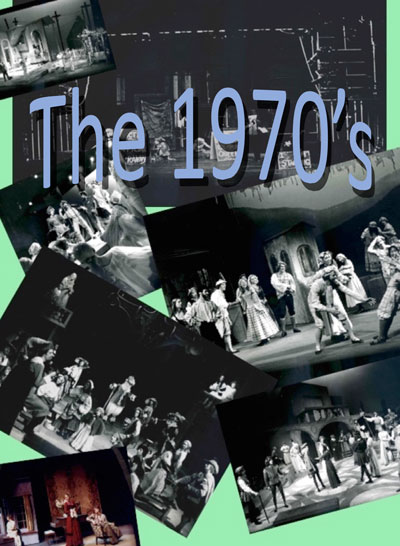 As the decade began, Macalester enrollments had plummeted and the institution faced grave financial losses from 1971 until 1976. During this period, all Master’s degree programs were dropped and fourteen tenure track faculty were let go. The Drama and Speech Department saw its production budget cut in half and two technical assistant positions in production were eliminated. John Davis was hired as President to address these fiscal and institutional challenges, and by 1977 the college was running a balanced budget. In 1978 the college began to hire new tenure track faculty members.

During this decade the Drama and Speech Department was chaired by Professor Glen Wilson, who had replaced Professor Mary Gwen Owen upon her retirement from the college in 1968. The last Drama Choros was presented in the Spring of 1970, after Mary Gwen Owen stepped down as its long-serving director.