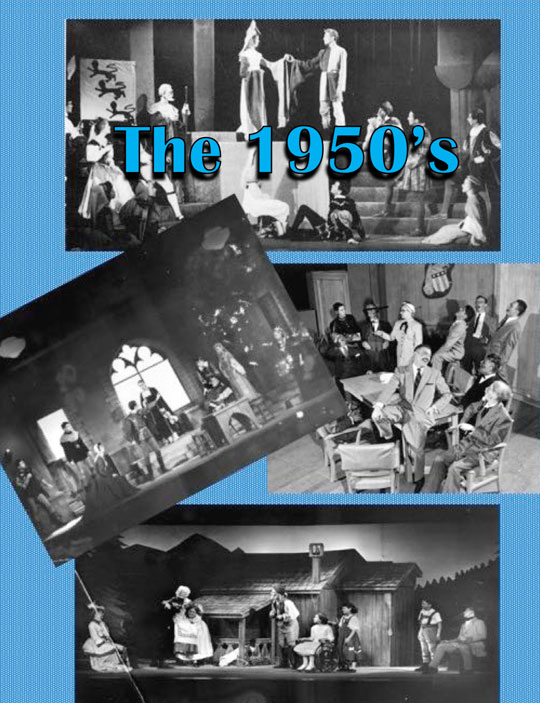 During the 1950s the Dramatic Arts and Speech Department expanded its number of theatre productions and continued to grow the Drama Choros, adding new subject material to the chorus' repertoire. This expansion was facilitated by the department's move into the Little Theatre in 1948, a former Army Hut repurposed to serve as both departmental home and production space. The Little Theatre would operate until 1963, when it was razed to make way for a new theatre building.

Throughout this decade, Professor Mary Gwen Owen continued as departmental Chair and Director of the Drama Choros. She created an etiquette handbook called the Mac Do Book, intended to help Macalester students succeed in their chosen professions.

Professor Jed Davis, hired in 1947, was the full time Designer. While at Macalester, Davis began his distinguished career in Children’s Theatre; he left in 1954 to become head of the Children’s Theatre program at the University of Kansas. Professor Doug Hatfield was hired as the Designer and Technical Director in 1955, and he became a full-time Director in 1958.  Professor Hatfield would go on to serve as the main Acting teacher; in the late 1960’s he took over the teaching of Directing and served as the Coordinator of Theatre until 1980.