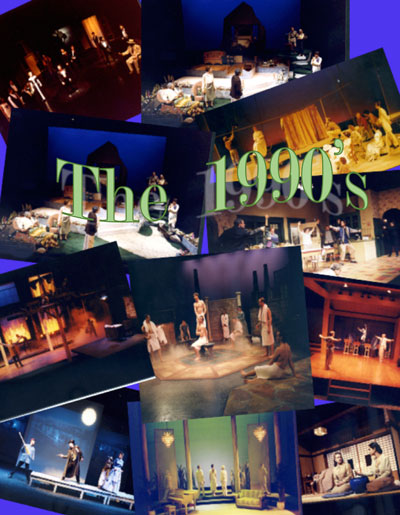 During this decade, Professor Sears Eldredge continued to serve as Chair of the Dramatic Arts and Dance Department. The department thrived with a larger budget, increased faculty and staff, and growth in the Ruth Easton Endowment. In 1990 the department hired a Technical Director, Tom Barrett, and a Costume Coordinator, Lynn Farrington, to support a growing number of productions and an increasing number of students drawn to theatre and dance. The Dance Program continued to develop and a new combined major in Dance and Theatre was initiated.

In 1992 Professor Beth Cleary joined the department to teach Acting and History and to direct plays. In 1994 the department was allocated a new faculty position in History and Critical Theory. It was filled the next year by Professors William Sun and Faye Fei, who helped support the integration of theory and history across the department's curriculum and productions. By the middle of the decade, the department was able to hire part-time instructors to expand the acting area. The instructors were professional actors and directors, drawn from the vibrant Twin Cities' theatre community.